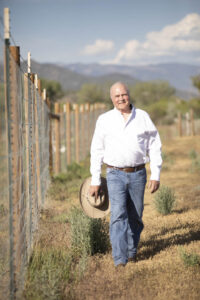 A third-generation Coloradoan, Tom Jankovsky has been a Garfield County resident since 1985 with extensive experience working in both the private and public sectors. A well-known face in the community, Tom was General Manager of Sunlight Mountain Resort from 1985 to 2018. Since then, he has served as Garfield County Commissioner and is seeking reelection in 2022.

Tom is as passionate about Garfield County as he is about skiing. As a businessperson and fiscal conservative, he supports a strong, diverse economy that improves the lives of everyone living in Garfield County. Top issues include common-sense policies for energy independence utilizing natural gas and clean energy alternatives to fuel not only our county but also aid our state and nation as energy prices continue to soar under democratic leadership. He also understands the importance of investing in and maintaining infrastructure systems that facilitate better access for citizens, emergency services and outdoor recreationists.

Looking ahead, Tom foresees housing as the county’s biggest hurdle. “Without attainable and affordable housing, we cannot maintain our workforce. We are currently in crisis with high-priced housing and a lack of inventory that makes it virtually impossible for individuals to live close to where they work,” Tom explained. “The solution will come from projects and partnerships that involve both private and public sectors. With inflation and high-interest rates driven by national events, we need to be both wise and creative regarding affordable housing regulations, ADU permits and assistance programs for first-time home buyers.”

Tom also points out that as the economy stumbles under democrats, our county Health and Human Services will need to be prepared to offer a safety net for citizens who are struggling with the basics of providing food and shelter for their families.

Despite the urgency of grappling with big issues like housing and energy, Tom is optimistic about the future, expecting Garfield County to continue to grow and thrive. He would like to see more businesses and jobs take root throughout the county enabling Garfield County to become more economically independent and less reliant on the economies of its neighbors.

Director/County Liaison on the following Boards and Commissions: