No this isn’t a column about home repair, though it is about fixing things that have either been broken or require attention and maintenance. The “things” I’m speaking of affect all of us living in Garfield County and restoring them will take the efforts of all of us.

In the last election cycle many voters came to believe that certain elections were rigged or stolen, especially at the national level. Bombarded with a nearly constant influx of news that reinforced the message, it understandably fostered a lack of trust in our voting process. The divisiveness caused significant damage to confidence in our nation’s election integrity. The result was that many from both sides of the aisle divested themselves from their political parties and became “unaffiliated.” Some even opted to disengage entirely.

One of the most important activities in our democratic republic is to be able to vote and to ensure that vote accurately reflects the electorate. I can’t speak to what happened in other states, but I can testify as to how the votes were tallied and reported here in Garfield County. Both parties—Republicans and Democrats—carried out their duties with civility and in a transparent manner, but the damage to the voting psyche had already been done in large part by the national media. I have seen friendships destroyed and families torn apart because of federal-level politics and that’s incredibly disheartening, but there is hope.

My goal when I agreed to step in as chairman for Garfield County Republicans was to try to heal some of these rifts at least on the local level. I firmly believe that you can’t fix a national problem until you fix it at home. When people ask me why I’m a Republican, the answer is simple. I’m a Republican because I believe in individual rights, individual responsibility, limited government, reasonable taxes and civil discourse. Everything else is a personal point of view on various issues. The Garfield County Republican Party is an authentically diverse group of people with a wide range of opinions and ideas—not everyone is on the same page or has the same level of intensity—and it’s refreshing, frankly. What we do agree on is that the people in our county are worth fighting for beginning with the smallest minority, the individual.

Maybe you’re angry at President Biden or Margorie Taylor Greene, that’s okay. You can be. Let’s talk about the issues in our own backyard—Garfield County—about energy policy, the role of tourism and housing that is accessible for young families. These issues are at the top of my list. What’s at the top of yours? Your voice matters. Don’t sit this one out. Be part of the conversation. It’s how we fix things. Join us this election cycle. Join us today. 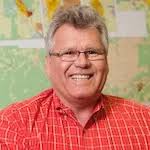