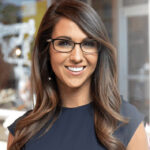 U.S. Congresswoman Lauren Boebert is a conservative champion in Congress, serving as a member of the Executive Board and Communications Chair of the House Freedom Caucus. Congresswoman Boebert works on the issues that matter most to rural Colorado and serves as the Vice Chairman of the Congressional Western Caucus.

A 35-year-old citizen legislator from Rifle, Colorado, she never held public office prior to her 2020 victory and is the first woman, first mother, and youngest ever to represent the District. Congresswoman Boebert was the proud owner of Shooter’s Grill, a Second Amendment and Western-themed restaurant in Rifle, Colorado where staff open-carried. In Congress, she is a champion for the Second Amendment and has an “A” rating from the National Rifle Association and Gun Owners of America.

Bob Rankin is a constitutional and fiscal conservative who believes in less government and less regulation.  He supports free market capitalism.  Bob knows that jobs are not created by the government.  Instead jobs are created by the private sector, such as the energy industry, farmers, ranchers and small businesses.  He understands their needs and will stand up for them.

Rankin grew up in Allen Park, a suburb of Detroit, Michigan. Inspired by her 5th grade teacher, she told her parents she wanted to be a teacher. Following graduation with a degree in Elementary Education from Michigan State University, she traveled to California where she began her teaching career in the fifth grade. She received her master’s degree and administrative credential from California State University at San Jose and served as an elementary school principal.

An advocate for school choice, she supports allowing parents to direct education funds to the school that best fits their child’s needs, whether public or private. She is also a supporter of charter schools, magnet schools, online schools, schools with blended learning opportunities, and homeschooling. America’s national security and economic future depend on a well-educated citizenry and she supports all forms of innovation that produce positive returns on our educational investment. 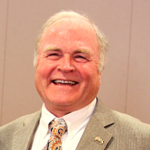 A third-generation Coloradoan, Tom Jankovsky has been a Garfield County resident since 1985 with extensive experience working in both the private and public sectors. A well-known face in the community, Tom was General Manager of Sunlight Mountain Resort from 1985 to 2018. Since then, he has served as Garfield County Commissioner and is seeking reelection in 2022.

Tom is as passionate about Garfield County as he is about skiing. As a businessperson and fiscal conservative, he supports a strong, diverse economy that improves the lives of everyone living in Garfield County. Top issues include common-sense policies for energy independence utilizing natural gas and clean energy alternatives to fuel not only our county but also aid our state and nation as energy prices continue to soar under democratic leadership. He also understands the importance of investing in and maintaining infrastructure systems that facilitate better access for citizens, emergency services and outdoor recreationists.

John is a westerner whose family helped settle a new nation in North Carolina in the 1650s and then began a migration west with the expansion of the nation. They traveled through the frontiers of Indiana, Ohio and Missouri, the Indian lands of the Dakotas and Kansas, and finally settled in the Colorado territory by the 1860s.

After serving the public for nearly 25 years in law enforcement, John retired as an administrative sergeant, and expanded his interest in serving the public by running for county commissioner. John is currently serving his fourth term. His philosophy, that no one person is more important than any other, is one which he believes deeply, and he lives and teaches this perspective on a daily basis.

John is an individual who has his heart in the past, his mind on the present, and his eyes on the future. He is a leader who knows that listening, understanding history, in depth research, and willingness to make decisions are the keys to move toward a positive future.

Mike was elected in November 2008 and is currently serving a four-year term, which began in January 2009. Mike is a native of Garfield County, having been born in Glenwood Springs on August 29, 1954. He has lived in Rifle much of his life, attending public schools from kindergarten through his senior year in Garfield RE-2 School District. Mike graduated from Rifle High School in May 1972. After graduating from Brigham Young University in 1979, Mike began his teaching career in August, 1979. Later he received his master’s degree from Western State College in 1988.

During his 25 years of service as a teacher in the Garfield RE-2 School District, he coached volleyball, baseball and speech teams. He was also the student council sponsor during that time.

Mike served on the Rifle City Council during the boom and bust years, 1979-1983. He was also selected to serve as the Mayor Pro Tem during those years. After 25 years of teaching, Mike served as a high school administrator, namely the dean of students for five years. Upon being elected as the Garfield County Commissioner for District 3, he retired after 30 years of service at Rifle High School.

Ganahl has faced extraordinary adversity in her life and responded by turning her lifelong passion for dogs into Camp Bow Wow, a $100 million brand, which she recently sold.

Ganahl received the 2016 Colorado Brave Leader Award and was chosen as one of Fortune’s 10 Most Promising Women Entrepreneurs in 2014. She also was honored as a 2015 Parade Magazine Designing Women: 10 of the Most Amazing Female Entrepreneurs in U.S. History.

Passionate about giving back, Ganahl serves on various boards that focus on entrepreneurship and education. She also leads her own nonprofit, the Fight Back Foundation, to positively tackle the most pressing issues facing today’s youth, including bullying, sex assault, school safety, and substance abuse.

In 2019, she launched her new lifestyle brand SheFactor with her 24-year-old daughter, Tori Ganahl, a digital and live platform for millennial and Gen Z women craving community, growth, and purpose.

She is married to Jason Ganahl, one of the country’s top competitive barbecue cooks, who recently opened GQUE, a popular restaurant in Westminster, Colorado. They have four children. 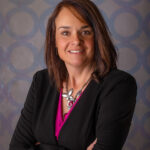 Carrie Couey is a woman on a mission. The mother of six, a cattle rancher in Silt and current Garfield County Treasurer, Couey knows how to optimize her time and talent to get the job done. Whether she’s helping her husband of 24 years deliver a calf in the middle of the night or she’s on the job as Garfield County Treasurer working to improve customer service, getting the job done competently and efficiently is part of her DNA. 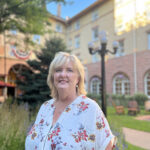 Jackie is election certified by the Secretary of State and has been part of the team that supports election integrity in Garfield County. She is also certified in Vital Records by the State of Colorado. Additionally, she has worked with the Department of Revenue to develop the 2018 DRIVES project, a more user-friendly motor vehicle computer system that ensures reliable, accurate and integrated solutions for drivers and vehicle services. 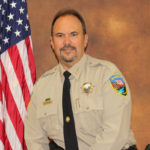 He attributes his success and that of his department to consistently hiring the right people for the job over the years. Those ongoing efforts have built the Sheriff’s Office into what it is today. 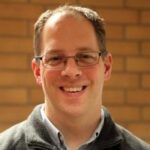 A veteran of the U.S. Marine Corps, Rob Glassmire served as a reservist in the infantry and artillery from 1999 to 2005. In 2003, he was deployed in a mortuary affairs unit to Iraq to support Operation Iraqi
Freedom. His job, difficult and noble, was to ensure that all marines who died in action were returned home. Rob started his third term in 2023.