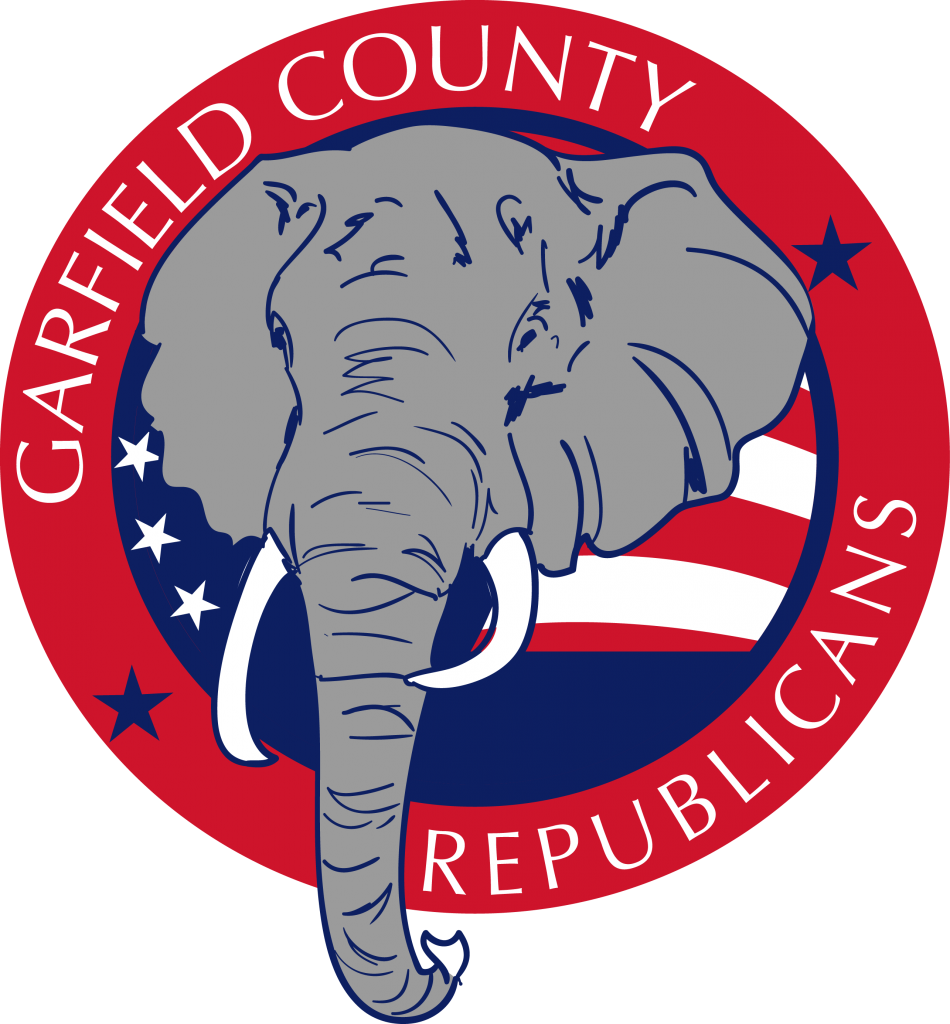 We strive to promote the goals of the Republican Committee including fiscal responsibility, limited government and personal freedom.  We are always looking for like-minded individuals to help support our nominees and elected officials, volunteer for our events and campaigns, attend our monthly luncheons and make contributions.

The 54 elected officers,  known as  Co-Precinct Committee Members, and six District Captains are elected at the 27 precinct caucus meetings and serve for 2 years.  They meet at a winter biennial organizational meeting held in the off year to elect the GCRCC Executive Committee, which consists of a Chairman, three vice-chairmen, a secretary, and a treasurer.  Together this organization is known as the Garfield County Republican Central Committee.

Garfield County is part of  judicial district 9.    It is also a part of the  state assembly house district 57th and senate district 8.    We are represented in the U.S. Congress by the Third Congressional District of Colorado.

We Believe: That the right of individuals to achieve the best that is within themselves as long as they respect the rights of others, is the source of our National strength.

That government exists to protect the freedom of opportunity in which each individual’s creative ability can flourish.

That government activities should be limited to those things which people cannot do at all, or cannot do so well for themselves.

That the most effective government is government closest to the people.

That those cannot provide for themselves should be assisted by both government and society, but that every effort should be made to help them become self-supporting, productive citizens with pride in their independence.

That equal rights, equal justice and equal opportunity belong to all, regardless of race, creed, sex or national origin.

That the preservation of our Nation and the security of our citizens depend upon the Constitution, the laws and the courts, and that respect for them is the responsibility of every individual.

That government is accountable for maintaining sound money and a responsible economy. Individual rights, liberties and properties are continually eroded when citizens are oppressed by excessive taxation, inflation government waste and over-regulation.

That government is responsible for national defense and that only a strong America can remain a free America.

That it is absolutely essential to maintain a strong national defense posture in order that we may at all times negotiate from a position of strength, not weakness, in our continuing efforts toward world peace and friendship.

That these concepts are the foundation of our national strength and that the Republican Party, which is committed to their preservation, is the Party of today and the Party of the future.

Royce Rankin wins full term to State Board of Education